since the 12th century

Monastery of the Nativity of the Virgin Mary

At the village Kato Panagia, near Kyllini, in a wonderful valley with the very old olive trees, is the historical Monastery of the Nativity of the Virgin Mary, which was named Monastery of Panagia of Vlachernas, in memory of the famous monastery with this name in Constantinople.

Its foundation is estimated in the end of the 12th or the beginning of the 13th century, but its construction seems that it was completed by the Franks, who occupied the area in 1205.It remained in possession of the Latin monks of the Franciscan Order in the 15th and the 16th century, and it came into Orthodox hands again in the 17th century, when it became a stauropegic monastery.

During the Turkish occupation and the Revolution of 1821 it suffered a lot of destructions, with the worst one being its torching by the armies of Ibrahim, in 1826, a fact that led to its temporary desertion.It became again a women’s monastery and since 1978 has been a women’s nursing home.

The catholicon, which dominates at the centre of the yard of the monastery complex, is considered one of the most beautiful examples of harmonious blending of eastern and western ecclesiastical art. This is a large three-aisled wooden-roofed basilica with a nartherx and exonarthex, built with red limestone, with the cloisonné style of masonry, with double bricks around each stone.

At its walls they have incorporated stones and reliefs from an early Christian building that was in this area. The eastern part of the church was considered older, in the end of the 12th or the beginning of the 13th century, while the western, with the nartherx and exonarthex, was reshaped by the Frank conquerors according to western standards. They are also responsible for the wall-in of the peculiar solar clock of white marble at the exonarthex. The church’s interior has excellent icons from the middle of the 18th century.

The monastery has a great library with relics of saints, and in its areas there are tombs of Frank lords. It celebrates on the 8th of September. 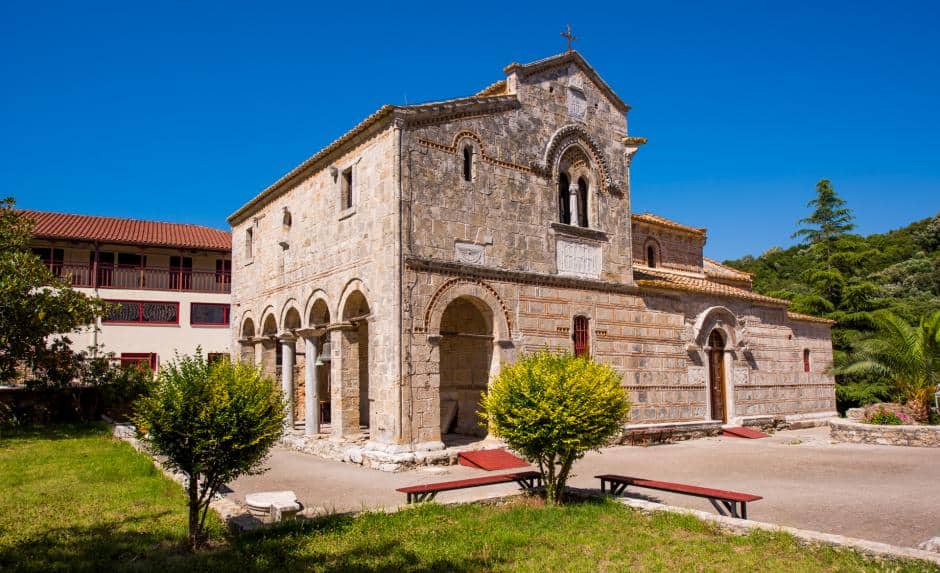 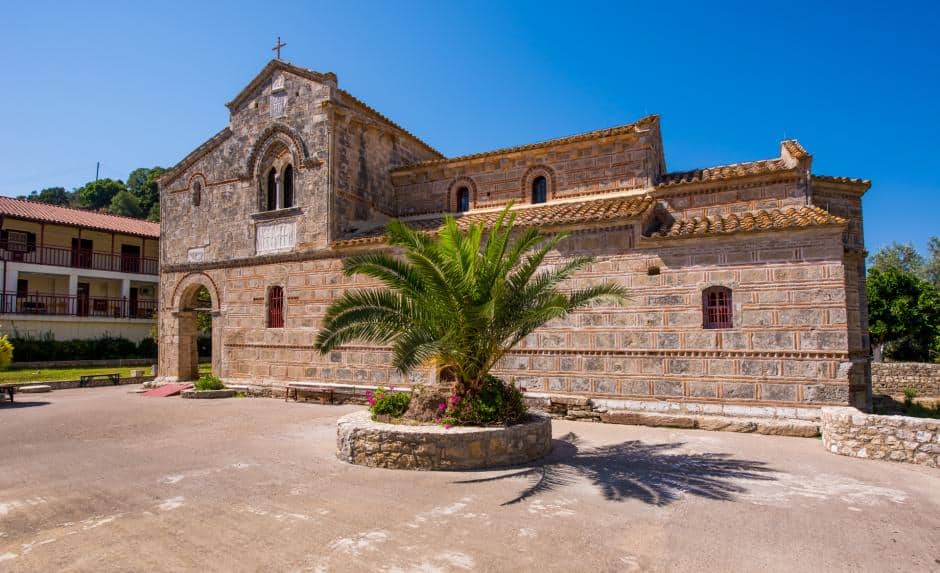 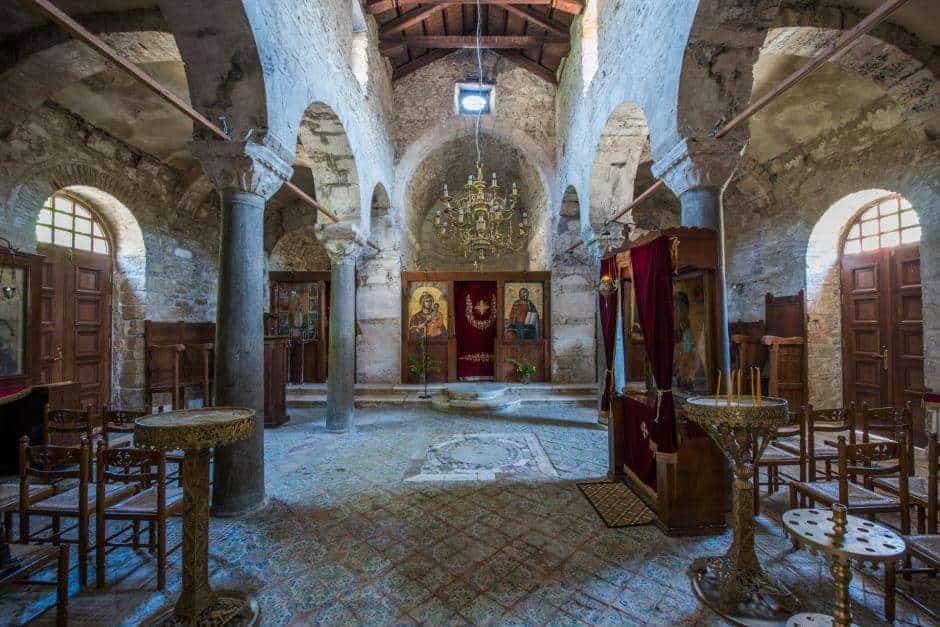 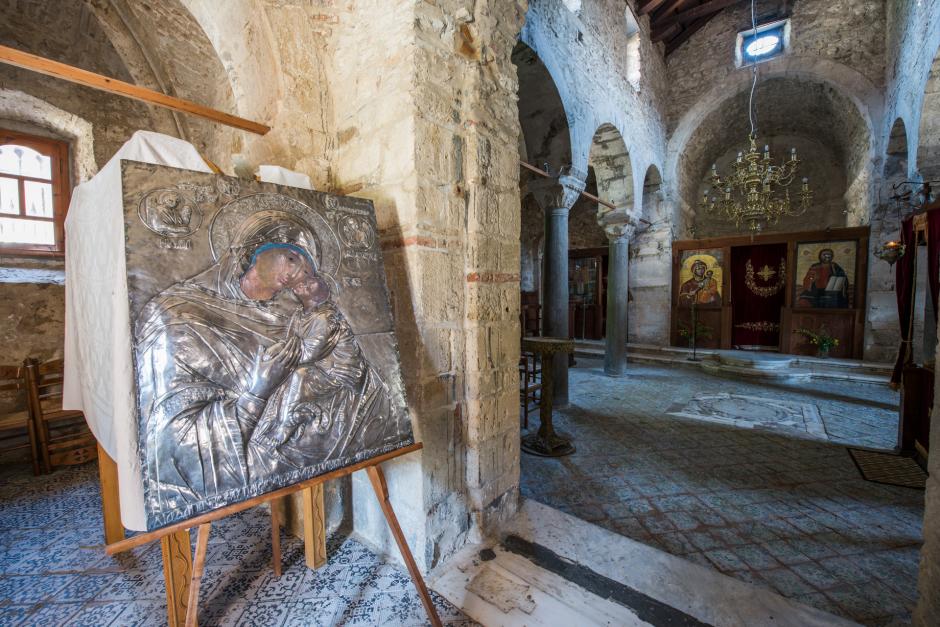 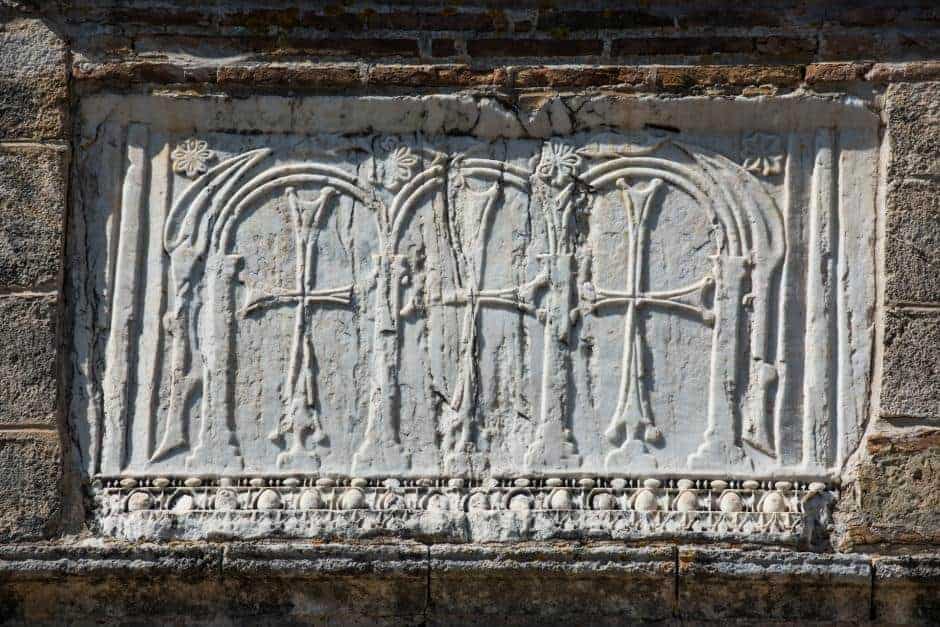 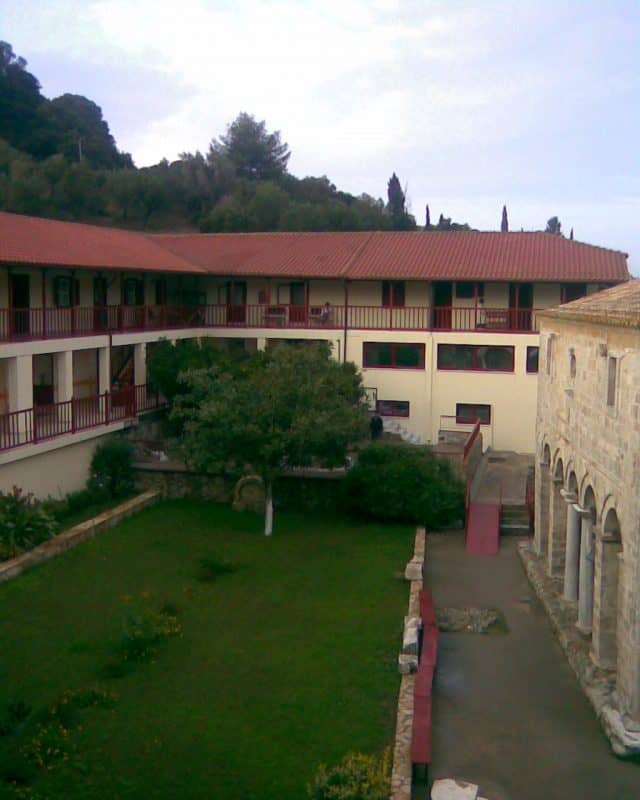 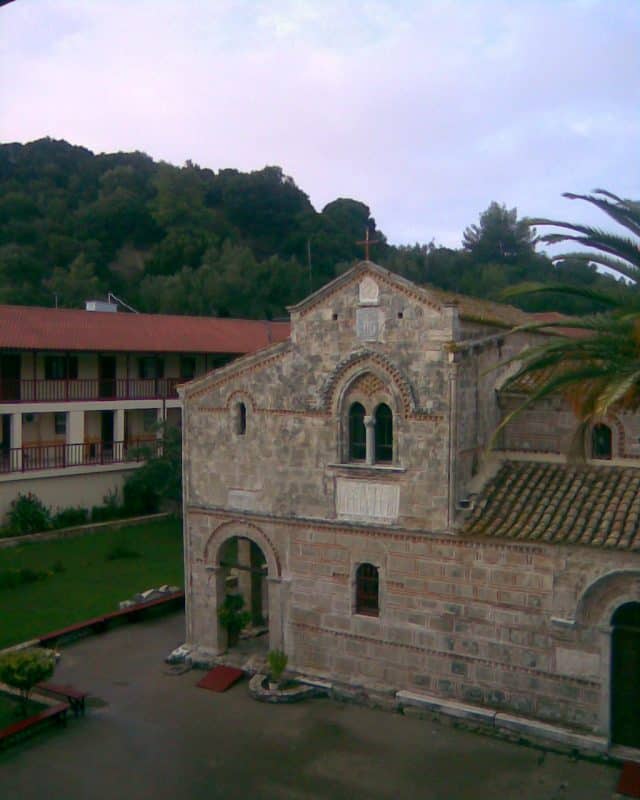 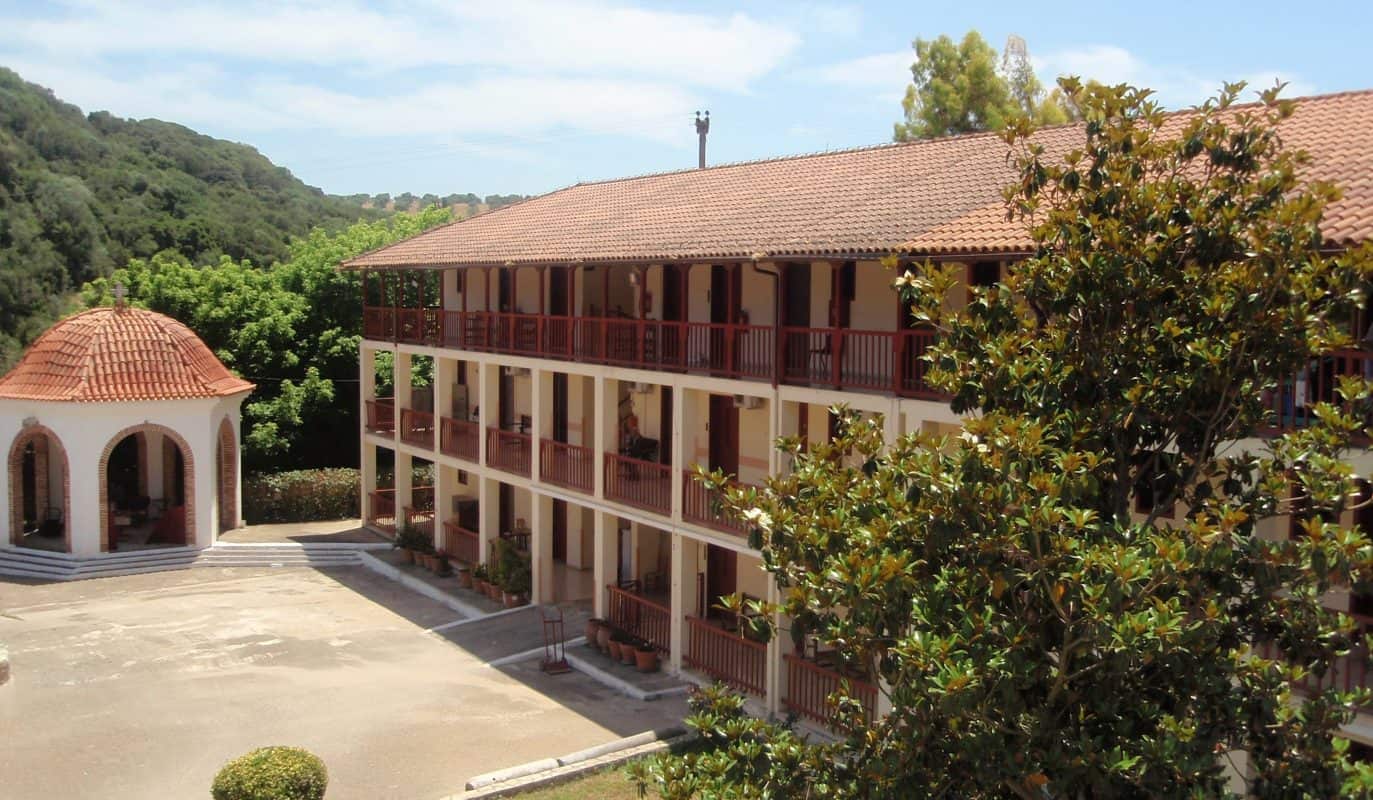